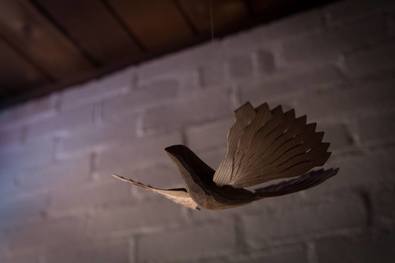 We say things in online forums and social media that we don’t say in regular interactions. A whole bunch of reasons go into why someone would say something in an internet forum they’d never say to another person. The distance of an online discussion, rather than an in-person encounter, frees people to say things they wouldn’t normally say. It’s not unlike what a person says to another driver from the safety of a car; most of us say things inside our cars to other drivers we would never say in hearing distance of another person. The physical distance, too, frees people to be less thoughtful in expressing our emotions. The farther, physically, we are from a person frees us to say things we wouldn’t say in the near presence of another. The internet offers ultimate distance and anonymity, where we don’t have any physical contact and all our filters disappear.

I worry where we’re going with all this, though. We’ve normalized hateful political speech. We’ve made Twitter-rants a regular thing. And even if I don’t partake in typing the hateful words I know it affects me. I listen to the conversation going on my head and I hear things, now, that would sound awful said aloud. I may not speak it to another person, but I take joy in the failings and misfortunes of those with whom I disagree. I’ve said nasty comments about others to the audience of the solitude of my own heart and had all kinds of joy in the saying and hearing.

“Be nicer” sounds feeble and inadequate in today’s charged conversation, but I’m still saying it. The stakes seem so much higher these days; every political battle is cast in terms of the future of everything hanging on this vote, this decision, or this scandal. When the stakes are higher the voices get louder. Courtesy and manners get tossed aside when the house is on fire. If people think the whole world is on fire what good does “Be nicer” do? If we toss away all courtesy, though, don’t we also toss away any hope we have for the person with whom we disagree and any hope for a community where all belong.

Whenever a baby shows up, everyone gathers. People look. We’re all curious. We want to take in the miracle of a new human. Babies are so beautiful and fresh and just cute, and we all want a gander. Whenever someone frustrates me, when I want to take out the verbal machine gun of a rant or nasty online comment (or even just the dressing-down I give another in the privacy of my own mind), I try to remember: this person was once a baby around whom everyone gathered and said, “How beautiful.” The person you want to destroy with your comment was once a person held in her or his mother’s arms, and she was so happy the child was in this world. Maybe we need to remember the basic blessedness of each other, that each person is a creation who came into the world with joy and love, and why would I want to injure that beloved creation through my snarky online take-down?

I call this blog Nothing Harsh from a line in Benedict’s Rule, where he says the Rule is set up with hopes there is “nothing harsh, nothing burdensome.” He’s not trying to punish monks with the Rule, only guide them to the way of life. I like the title, though, because the way we speak to one another is often harsh, and I’m pleading here for more gentleness. The next time you take out the flamethrower of harshness, ready to take someone down with your comment or response, ask yourself if you gain anything with your words other than another enemy?