Prefer Nothing to Christ 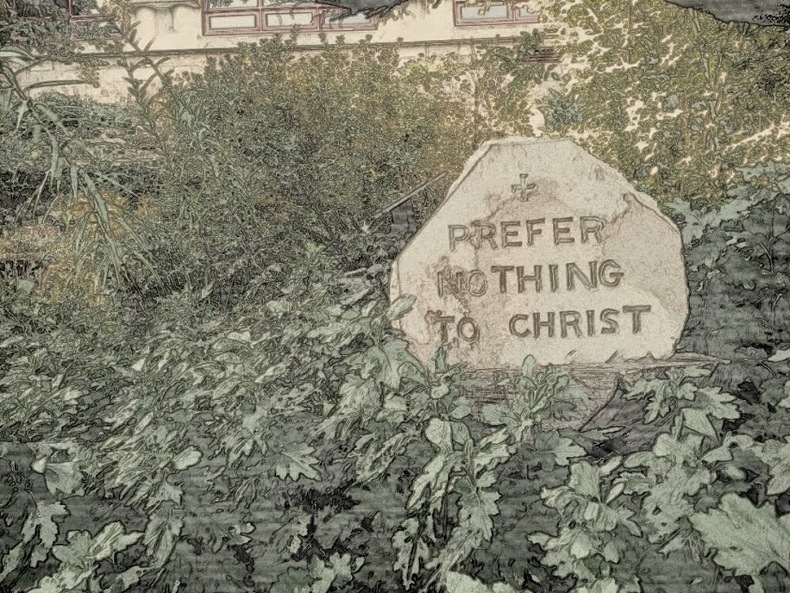 The story of the Rabbi’s Gift has been told and retold, making it a modern folktale. Here’s the basics of the story: a monastery is in decline. Only a few monks are left, carrying on their traditions without much vitality. A rabbi has a cabin at the edge of the monastery’s woods where he would occasionally go for prayer. One time the rabbi is there the abbot visits the rabbi. The abbot pours out his heart, telling the rabbi of the community’s problems and seeking the rabbi’s advice. The rabbi hears the abbot’s problems, and he offers no cure, but in leaving he gives the abbot this one word, “The Messiah is among you.”

The abbot returns to the monastery with the rabbi’s word: “The Rabbi says the Messiah is among us.” The monks all wonder, “Is it me?” “Could it be Brother so-and-so?” The attitude in their little community changes. Their prayer changes thinking, “Could God have called me to the be the Messiah?” They treat one another differently with the expectation that one of them could be the Messiah. Soon visitors notice the power of the community and prayer in this monastery and recognize it as a spiritual place. More visitors come, and soon some join the monastery, and in time it turns into a thriving place again.

The story points to a basic awareness and expectation of God’s presence. If we believe God is active and doing something, then we approach what we’re doing with a different attitude. I think, through all of Benedict’s Rule, he’s trying to build that type of awareness. Their total life together should wake them to God’s presence, and every detail of their life is directed accordingly. Chapter 72 of the Rule encourages the “good zeal of monks,” but really throughout the Rule Benedict has encouraged this attitude. He tells the monks they are to “prefer nothing whatever to Christ,” but that’s the point of the whole Rule, to draw those who live by it into more significant faith.

Those of us who live outside of the monastery don’t have the benefit of the constant enforcement of life by the Rule, but we do shape our life toward certain directions. What in your life draws you into a deeper awareness of the presence of God, and what could we all do to have more of the things that do so?