i.e.- How did you get so lucky to get three months off of work? 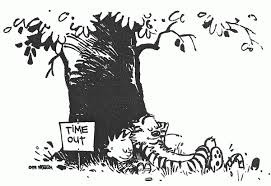 During the preparations for this time, I’ve had a few ask me, “What’s a sabbatical?” It’s a fair question; they’re asking, “What exactly is this thing you’re doing?” A sabbatical is a period of paid leave for learning and travel. Sabbatical comes from the Hebrew word Sabbath (or Shabbat), which means to cease, stop, or rest. A key part of the Hebrew law is the Sabbath day, where work and activity stops and rest happens. A sabbatical is a time of Sabbath when work stops. Sabbaticals are common in the academic world, with professors receiving a semester off for study and travel. It’s a newer phenomenon for clergy, with it becoming more common over the last 30 or 40 years. It’s still an unknown concept for a lot of churches.
Years ago, when I was interviewing at a church, we were discussing including a sabbatical in my contract, one of the committee members said, “Well all the time off I ever got in my job was two weeks.” The idea of giving months off to a pastor at his church seemed too generous and wasteful to him. I understand where he was coming from. He worked for years with only a little time for himself and his family, and giving months away for his pastor who was paid partly from his offering was a little too generous for him. “Why should I give a pastor something I never received?” was what he was asking.
I love what I do. I love being a pastor. I can’t imagine doing anything else. But, there’s a continuing need for a pastor to produce. There’s a sermon each Sunday and classes to teach. There are funerals that come unannounced, crowding their way into the week. There are articles to write and meetings to attend. You never get ahead on the list of the people you need to see, and there’s the person whose needs won’t let him or her leave you alone. I love it all, but there are times when when the inner well of a pastor is drained dry. I’m lucky in that I serve a church that doesn’t ask for more than I can give, but I think every pastor has come to a place where there is nothing left to give. That emptiness can reach unhealthy levels where a pastor can do hurtful things to him or herself.
A sabbatical is a time to fill up that emptiness. It’s a time for a break from the continual need to produce so that he or she might rest. It’s a time of learning and travel so that the pastor will return to the church fresh for more service. I’m fortunate my church sees the need for this time, and I’m so thankful for the Lilly Endowment’s clergy renewal grant that has made this financially possible for me and my church. Tomorrow I’ll be on the road to Missouri, where my Dad and I will spend a few days riding bikes together. After that I will head to Iowa for several days of prayer and silence at New Melleray Abbey. As this time begins I’m ready to be filled so that I might be a better pastor when it’s over.